Oleuropein: The antimicrobial substance is naturally found on the leaves of the olive tree

There is no doubt that antibiotics are one of the greatest discoveries in the medical industry. When the penicillin, the first antibiotic, was discovered at the beginning of the last century, everyone believed that this category of medicines would be the doctors’  weapon against any kind of infection.

But many years later, things have changed. Because of the excessive use of antibiotics and the ability of microbes to adapt, these medicines are no longer a panacea. This phenomenon is called “resistance to antibiotics” and has created the need to find alternatives to the treatment of pathogenic micro-organisms.

Soon attention turned to the nutrition components. The fruit of the olive tree (Olea europaea), plays a key role in the diet of the Mediterranean peoples and it is one of the first plants to attract the attention of modern scientists. It all began when it was observed that the olive tree is centenarian and difficult to “get sick”, due to the component of the olive, which is concentrated mainly on the leaves of the tree and is called Oleuropein.

Oleuropein is one of the most effective antimicrobial and antiviral ingredients in nature. Scientists are now able to support that the extract of olive leaves,

The many properties of the Oleuropein

Oleuropein has been known since the early 19th century, which highlights its traditional healing action, even in times when pharmaceutical science has not evolved. Today, the results for the beneficial benefits of the Oleuropein are based on well-organized studies.

This enables its safe and targeted use in the support of many systems of the human body. 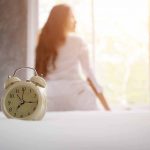 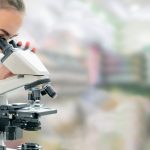